On Monday, June 26, Flushing Town Hall will kick off the Summer 2017 season with a news conference and preview performances providing a taste of the sizzling summer ahead. New York City Council Member Peter Koo will join the cultural venue to announce a summer packed with activities for all ages, including workshops, performances, artwork and a special benefit that celebrates global arts for a global community.

“This summer, we will have something for everyone, from the littlest toddlers to longtime jazz aficionados, from foodies to yogis, and from film buffs to novice artists,” says Flushing Town Hall Executive and Artistic Director Ellen Kodadek. “At Flushing Town Hall, there is always something new to discover, something to enjoy, and something to amaze. And, this season, we will continue our Teen Access Program, which grants free entry to performances for 13- to 19-year-olds. This program encourages young people to engage with the magnificent arts opportunities in our community.”

At the news conference, attendees can experience a new exhibition, Taking it to the Streets: 1950s New York Through the Lens of Flushing Photographer Frank Oscar Larson, a curatorial partnership with the Queens Historical Society. The exhibition will be up from June 25 to August 6. 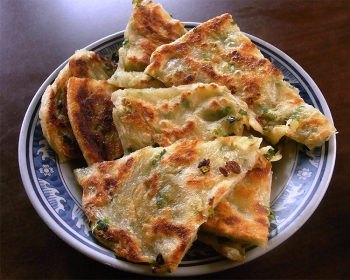 Other highlights, from film to family programming, include: 1950s photography exhibit Taking it to the Streets starting Jun. 26; a walking food tour of Flushing on Jul. 29; the engaging family show Lollipops for Breakfast on Jul. 30; a film screening of Paula Madison’s Finding Samuel Lowe: From Harlem to China on Aug. 4; and Yoga in the Garden on Aug. 18.

More information is available at www.flushingtownhall.org.

The July 28th benefit concert is made possible in part by generous support from WAC Lighting, the Glow Foundation, and Global Federation of Chinese Business Women of New York. The August 4th film event is supported by New York Hakka Conference and Hakka Association of New York. Funding for the August 26 RDRC Summertime concert is provided by NYCDOT’s OneNYC Plaza Equity Program.

Flushing Town Hall (FTH) presents multi-disciplinary global arts that engage and educate the global communities of Queens and New York City, in order to foster mutual appreciation.  As advocates of arts equity since 1979, we support local, immigrant, national, and international artists, developing partnerships and collaborations that enhance our efforts.  As a member of New York City’s Cultural Institutions Group (CIG), we serve to restore, manage and program the historic 1862 landmark on behalf of the City of New York. FTH celebrates the history of Queens as the home of Jazz, by presenting the finest in Jazz performance.  We are committed to arts education and hands-on learning, for the arts-curious, arts enthusiasts, and professional artists.  We serve one of the most diverse communities in the world, and strive to uphold the legacy of inclusiveness that has defined our community since the Flushing Remonstrance of 1657.